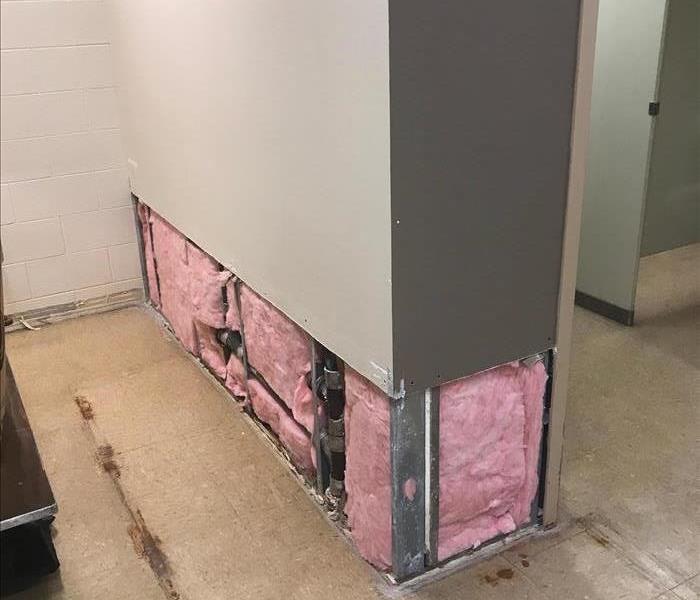 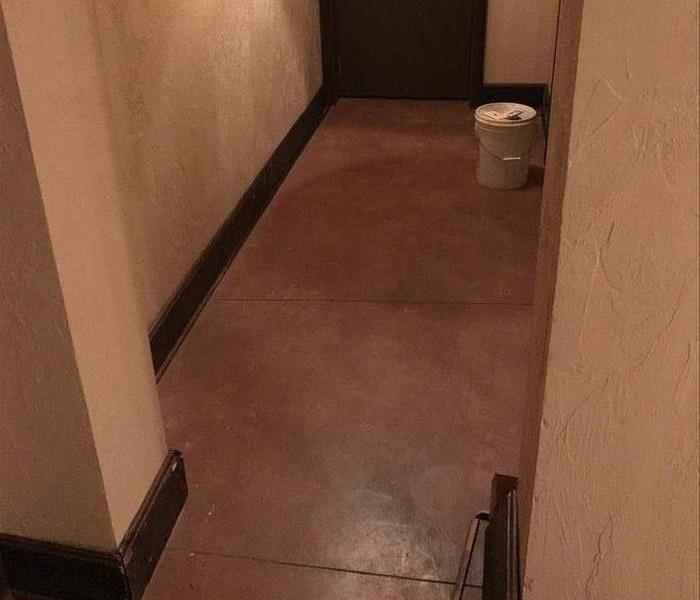 Following a heavy rain storm, nearly two feet of water flooded the lower level of a golf country club building.  SERVPRO of Plymouth / Long Lake / Medina was called to mitigate and restore the property. The water damage affected many areas of the lower level, including a wine cellar, locker rooms, a members’ lounge and living quarters. After the flood water receded and excess water was extracted, the crews went to work.  The water damaged many parts, including walls, which required removing over two feet of drywall and drying the interior of the walls.  Following mitigation, the restoration portion called for replacing the drywall, which included taping, mudding, and sanding the surface.  After the drywall was replaced, all of the walls were repainted, with the trim replaced.

View More Before & After Photos